From 2009 to date, she has worked on the theme of “flower garden with birds”. “Gol-o-Morgh” is a traditional style which came from Europe to Iran in the 17th century and until today it has been used in many different fields. It was initially used as illustrations in the Koran and poetry books (perhaps due to the fact that Islam forbids the artistic creation of human beings). Later, it appeared in frescoes, walls, tiles, doors, and smaller objects such as boxes, and pen-holders, and finally in carpet motifs. Undoubtedly, the flowers and birds in idyllic forms remind us of paradise. Gizella uses this theme as a metaphor for her new series of paintings. The desire of paradise — which we felt as a child but have lost it — appears in positive and negative forms: once as idyllic, innocent, and full of hope, just as we had believed in it; another time, in the midst of its beauty, we are suddenly scared and threatened by a fear. A fright, a greatness, and an uncertainty we have felt since our birth; something we know, we love and yet we fear… something we call LIFE. 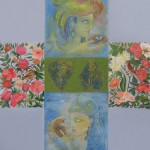 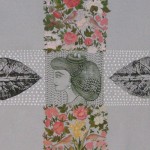 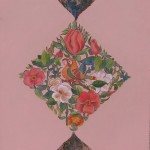 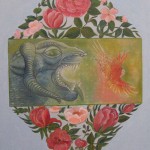 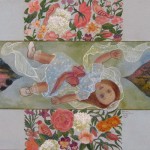 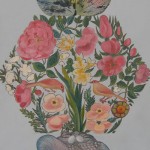 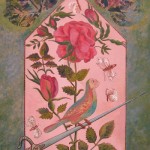 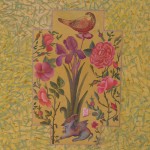 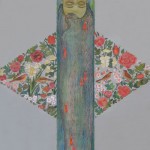 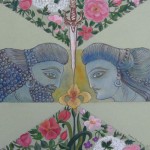 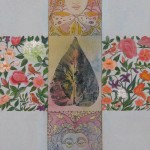 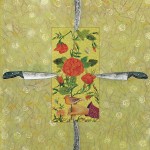 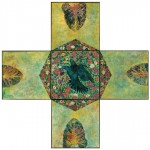 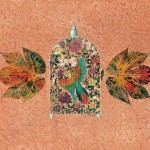 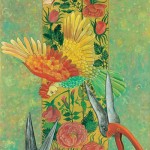 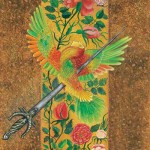 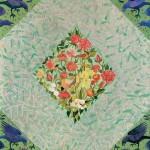 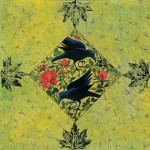 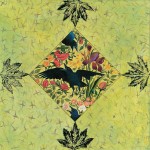 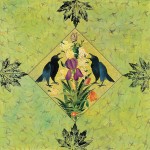 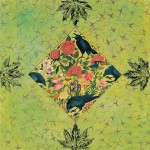 © 2022 - All rights reserved for Gizella varga sinai. Design and Developed by Farabar.com